Koalas are arboreal herbivorous marsupial native to Australia. Their closest living relatives are the wombats, which are members of the family Vombatidae. We have three separate enclosures that house both our male and female koalas. Unfortunately the koala is a threatened species largely due to habitat loss that has sent their species into decline. The clearing of land for development has resulted in mass areas of koala habitats being destroyed. As this forces them to find a new home, they are exposed to new dangers such as crossing roads and being open to predators. 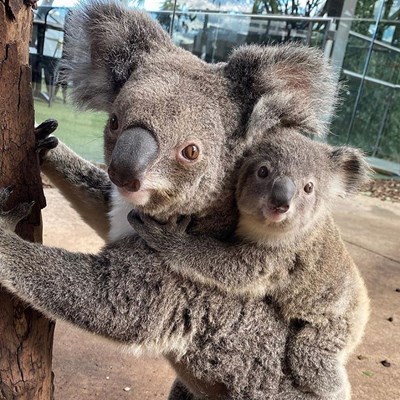 Born in October 2015. Iluka is darker in colour and has a long pointy nose. She can be identified by the black dot on her right ear.

Ilani was born in September 2019 and she is Iluka's daughter. She is one of the latest koala joeys born that year.

Kalina was born in November 2018. She has beautiful big eyes and her unique name was chosen by our Keepers and means "to love". 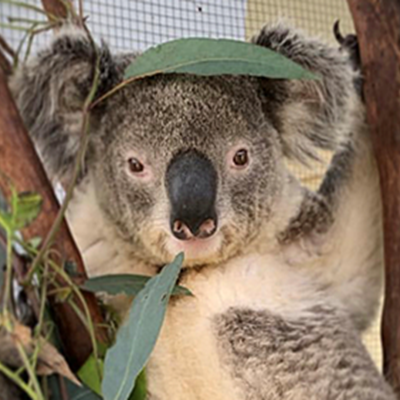 Born in January 2017, Alfie is very calm and loves people! When our keepers visit children’s hospitals is often tags along as he loves to help cheer up kids! He can be found in a separate enclosure.

Jasper was born in October 2019. He has bright eyes, thick fluffy fur and an incredible appetite!

Sapphire was born in January 2020. The name Sapphire was carefully and unanimously selected by the team because it represents her importance to koalas and the zoo. Sapphires are precious gemstones and we consider our koalas to be particularly precious, especially given the threat to their population.